Lately life can best be described as a roller coaster.  Levi swings between wonderful moods with huge grins to screaming fits.  These can rotate within the time frame of a single day, or even a single hour.  The new screaming fits are reminiscent of a newborn displaying the fear of falling.  His hands fly out and start to shake, and he screams in what seems like terror.  As soon as we pick him up, or hold him closer, he's fine.  We're not at all sure what has brought this on.  Some theories include the fact that he's been through a lot of hard times with bad memories in the last few months (hospital stays with many needle sticks, etc) and he is remembering and fearful; fear of falling; pain of some sort, maybe in his belly or g-button; that he is seeing more clearly (of which we have seen evidence) and some things look different to him, causing fear.  Really we just don't know.  We've taken video of one of these episodes and will forward it to his neurologist on Monday.

We have stopped giving him MCT oil.  This is a medium chain triglycerides oil, very fatty, that raised his Ketogenic diet ratio from 3:1 (fats:carbs/protein) to 3.5:1.  The higher the ratio, the better seizure control.  He has been experiencing a lot of belly pain and gas lately that seems to be caused by the oil.  Just today we switched to the 4:1 formula, with a bit of apple juice to bring the ratio back down to 3.5:1.  I'm excited to be giving him something as natural as apple juice!  Of course he doesn't taste it, but it's nicer for me to give him something that actually is supposed to be eaten, rather than nasty heavy oil.  Sometime soon we will stop the apple juice and raise him to the 4:1 ratio.  I'm hoping the apple juice will help with his bowel issues as well.  He is not pooping on his own again, we have been giving him enemas every 3-4 days.  We continue to give Miralax but it doesn't seem to be helping anymore.  We are at bolus feeds of almost 4 ounces three times a day, with continuous feeds overnight.  I will speak to his GI doctor on Monday and see what he thinks about starting a stimulant laxative called Senna.  This option was discussed during our last hospital stay, but Levi started going on his own.  Dr. Rosenblum may decide to put him back on continuous feeds, increase Miralax, or add another medication in combination.  I'm not really sure what direction he will take us in, but I feel like we're stalled right  now and need to move forward with something else.

Developmentally Levi is doing very well!!  He is holding his head and trunk most of the time.  He flops a little bit, but he knows what he's supposed to do and, more importantly, he is interested in doing it.  At the Christmas Eve service at church the little monkey held himself better than I'd ever seen him before!  He was sitting straight up on my lap, looking around at everything with big, sweet grins.  The other night we were reclining in a chair when he lifted his shoulders up and sat forward.  He's been doing this quite a lot lately, but this time when he sat as far forward as he could and still wasn't straight up, he wrapped his arm around mine and pulled himself up!  Not only once but several times!  It's moments like this that I know I'll never forget!

We still have issues to iron out, but at some point things will even out for Levi and we will begin to move forward at a faster rate, with less bumps in the road.  For now, I'll bask in the glory of his smiles and treasure every moment. 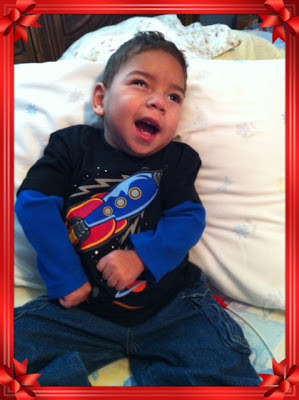 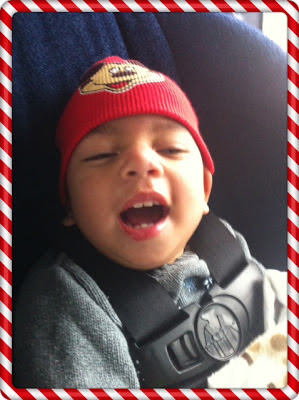 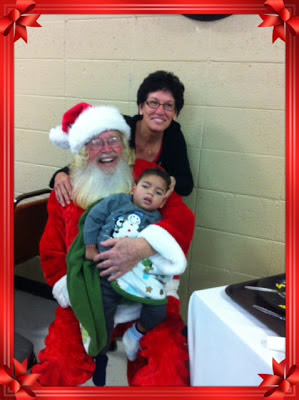 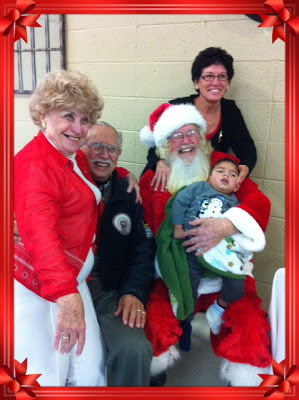 Today marks two years since the most horrible day of my life.  The day Levi was rushed to the hospital by ambulance, only three weeks old, and unresponsive.  We spent an entire month at Cardinal Glennon Children's Hospital, and have dealt with many issues since then, including brain surgery, acid reflux, epilepsy, hip dysplasia, Ketogenic diet, feeding tube, and more.

I used to look back on that day with feelings of regret and guilt, but now all I see is how God has worked through those terrifying situations.  Yes, the brain surgery was scary, but a shunt was placed to drain the excess fluid from his brain into his stomach, which works beautifully and we have all but forgotten that he even has hydrocephalus.  It took months of screaming and ER visits to discover that he has severe GERD, and trial and error to find a medication that would work for him, but that is now controlled.  Hip dysplasia was found by accident when x-rays had been taken for a different reason, and I hated that cast more than words can describe, but he only had it half as long as expected, and his hips are working well now.

Epilepsy has been our biggest hurdle.  Once he developed infantile spasms we tried medication after medication to combat the seizures, but each med either did not work enough, or made things much worse. The Ketogenic diet was offered to us many times, but we had read negative things about it and decided to use it as a last resort.  The decision to start the diet came last Spring when we were told we were exhausting the list of meds that we could try.  I wish I had researched it more extensively early on, because it has been the miracle we were looking for!  When Levi started the diet in May he was taking five anit-epileptic drugs and still having over 100 seizures a day.  Now, Phenobarbital is the only seizure med left, and we are in the process of weaning it off!  The seizures are not completely gone, but we are seeing only a handful a day!  We are about to make another change to the diet and I expect for the seizures to be completely eradicated at that point!  What a blessing!!

So through all these very serious issues, the Lord has been at work healing Levi, and building our faith.  If I have seen all that Jesus has done for us over these last two years, how can I not believe that he will do even more for us in the future?  I have SEEN him work miracles.  I KNOW he heals.  I can't wait to see what he has in store for us this year!! 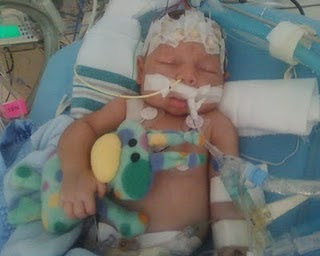 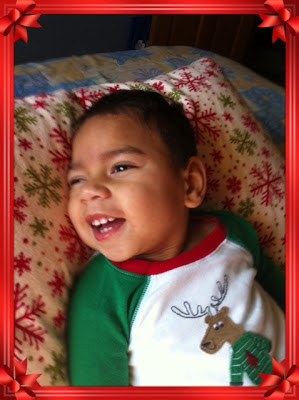 Today is Levi's 2nd birthday.  What an exciting age!  I'm happy to report that he is doing so much better since my last post.  Although his bowels don't seem to be completely normal yet, they are doing well.  He is happy again!  He wakes up with smiles and has been kicking his legs, moving his arms, holding his torso and head, and generally starting to progress again.  He's finally back to where he was just before the G-tube surgery.  He's sleeping through the night, which has made a world of difference for all of us!  We are so thankful to be in this place, after the 3 month nightmare of battling bowel issues.  Praise God, from whom all good things come!  We are excited to see where this next year takes us. 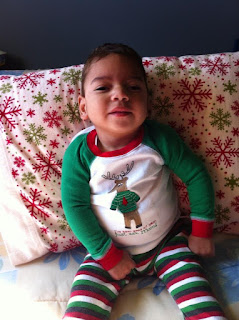 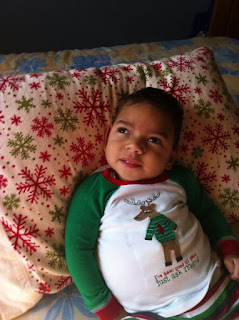 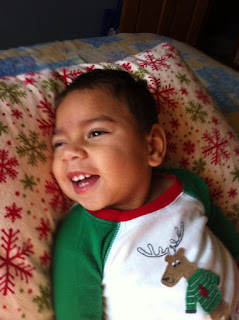 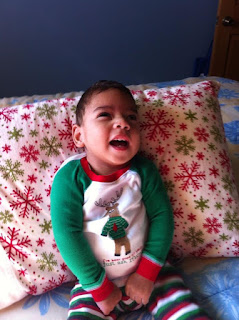