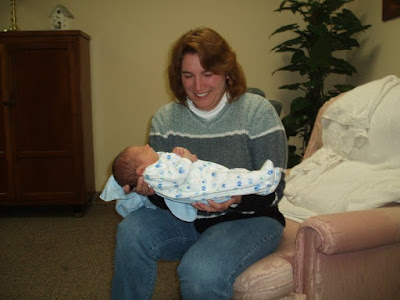 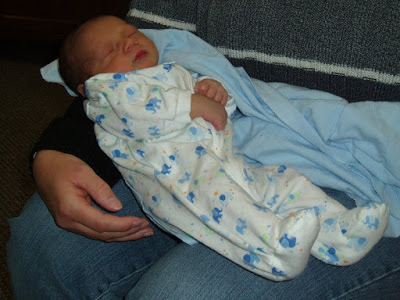 Charlotte's Web was delivered yesterday evening around 6:00.  The wait has seemed interminably long since I placed the order on Friday.  Levi received his first dose of CBD oil at 6:30 with his dinner.

The cannabis oil is first and foremost to help, and hopefully eradicate, the daily seizures that Levi has due to having Group B Strep meningitis shortly after birth.  He also has hydrocephalus with a VP shunt, cerebral palsy, developmental delay, and more.

The day before, I counted seizures to see if my estimate of 5-10 a day, recently going up to 20 a day, was accurate.  It was.  Levi remained within the 10-20 range the past two days.

Yesterday was not a great day for Levi.  He was stiff, having gas pains, and uncomfortable.  That ferocious frown was on his sweet little face from time to time.  He stayed in his feeding seat most of the day, as he was not comfy in bed at all.

Following the 6:30 dose of marijuana oil, we noticed a difference within half an hour, starting as early at 10-15 minutes after the oil was given.  First, his eyes brightened and he was more awake and alert.  He has alternating exotropia, which means his eyes can roll to either side.  It basically looks like two lazy eyes.  Levi also has cortical visual impairment, a neurological condition that has greatly improved since he was a baby.  At first, he was legally blind, but with vision therapy he can see and even track.  He wears glasses for farsightedness.  His eyes can work together, but lately, even his glasses haven't helped a great deal, and he works hard to get them off his face.

After Charlotte's Web, his eyes almost equalized, and he was focusing on objects.  I put his glasses on and, for the first time in many months, I saw an improvement with them.  He was interested in everything, looking all around, landing and focusing on different objects.

He ended up being so excited he stayed up really late.  He kept our night nurse, Stephanie, busy for quite a while.  I think she liked it :)

This morning, he had has second dose of Charlotte's Web hemp oil at 6:30 a.m.  He was awake, alert, and stiff with gas before the dose.  In the first 20-30 minutes he was restless, had a few seizures, and moved around as if he couldn't get comfy.  Then all at once, he calmed down, his eyes focused, his body relaxed, and his noisy breathing  quietened.  He fell into a restful sleep.


One thing I want to stress to parents who are looking for Charlotte's Web for their children is that, as long as the state where you live has legalized medical marijuana, and probably specifically CBD oil, you can simply hop online and buy the product from CW Hemp.  You DO NOT need a prescription.  However, insurance will not pay for it this way, and it is expensive.  But if it can help your child lead a happier, healthier life, it's worth it! 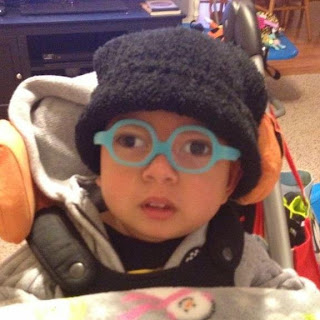 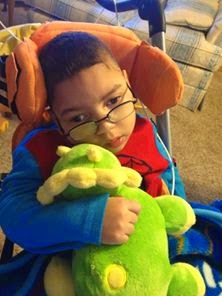 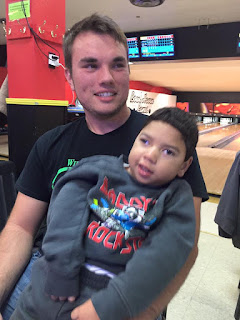 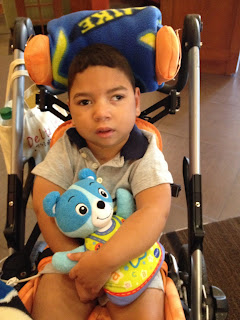 We are looking forward to the delivery of the cannabis oil tomorrow, and plan to start it immediately upon arrival.  Please pray for Levi.
Posted by Lynn at 9:03 AM No comments: