Mr. Levi has once again taken a huge jump on the scale this week.  Last Monday he weighed in at 19.8 pounds, and yesterday was a surprising 20.4 pounds!  Needless to say, his daily calories have been cut slightly from 660 a day to 630.  We are hoping to see the seizures start lessening more with this new diet tweak.

We have begun using a sippy cup with great success!  He only will take the bottle with ketogenic formula and absolutely refuses to take anything else from it, so we were left with using a syringe to get small amounts of water down him, and not coming anywhere close to meeting his daily fluid needs.  Thankfully we found sippy cups that we can hold to his mouth and squeeze slightly and all he has to do is swallow, which he does very well, even with the thinner fluids like water.  What a relief!

He is still doing great on the ketogenic diet and we are looking forward to even better results as time goes on!
Posted by Lynn at 8:34 AM No comments:

I know some of you are waiting to hear how the neurology appointment went, and I would have posted sooner but we have been very busy.  On the way home from Cardinal Glennon we were cruising happily along 255 and all of a sudden lost the transmission.  Thankfully we were close to home and able to easily have the car towed while Mom came to pick up Levi and me.  So Patrick had to take off work while we frantically shopped for a new car.  We got a great deal on a nice Dodge Caravan.  I think the last time I owned a van Tommy was Levi's age (17 years ago!)!!

So on to the neuro appointment:  It was an emotional roller coaster of happy and sad.  Our favorite neurologist, Dr. Chrusciel, is leaving next month and this was our last time seeing her.  She has been with Levi since the beginning when he was in the ICU, and it will definitely be hard to lose her, but it's a wonderful opportunity for her family and we are excited for her!  We were so glad that she was able to see Levi so active and happy.  We spoke about the daily seizures and she said she'd like for us to stop counting seizures.  At first this felt like utter chaos to me.  I've been counting seizures almost every day for the last year.  How will I know what's going on if I don't keep a log?  What on earth will I do with myself if I'm not watching him every moment of every day?  It didn't take long for the initial shock to ease into a feeling of euphoria.  No more seizure counting!!  No more overanalyzing at the end of the day!!  What a relief!  I have to say, it's been wonderful!  When I came home, I picked up the seizure log and stuffed it in a drawer, out of sight, and definitely out of mind.

So everything looks great.  Both doctors were thrilled to see that Levi has gained nearly two pounds in the last six weeks since he started the ketogenic diet.  He has always been below the growth curve and now, for the first time ever, he is ON the curve!  Go Levi!  He really showed off, it was so cute.  He was holding his head, kicking his legs, and grinning from ear to ear.  He actually learned how to raise his shoulders (from a reclining position) and sit up just that morning, and he was practicing it over and over!  This is something that he used to try to do to no avail, and then completely lost even the desire to try.  Now he not only is trying again, but succeeding!  What a blessing!

I thought we would be tweaking the diet, but Dr. Arun wants to hold steady and give it time.  I have no issues with that.  As long as he keeps progressing at this rate I'm a happy camper.  The seizure control will come.  Sometimes it just takes a while.  As far as medication goes, we are weaning off everything but Phenobarbital.  We have already begun the Lamictal wean, which will be followed by Keppra and then Clobazam.  This is exciting in and of itself.  The less meds he's on, the more he will gain in alertness and progression.  It will take a while, but by Christmas he will be on only Phenobarb and Nexium.

When we think of how far Levi has come from that five pound little peanut hooked up to life support and trees of IV medications, we are just so thankful.  God has healed Levi, and he is finally beginning to show all signs of moving toward the milestones he has missed.  This is a wonderful place to be, and we are looking forward with great anticipation to the future.  Thank you all for your continued prayer! 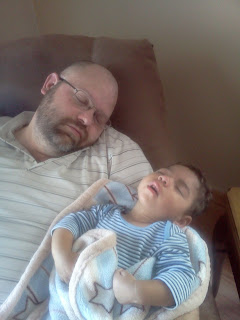 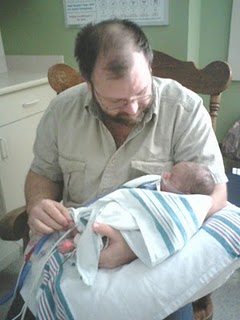 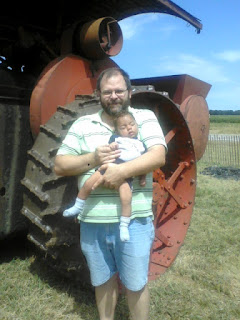 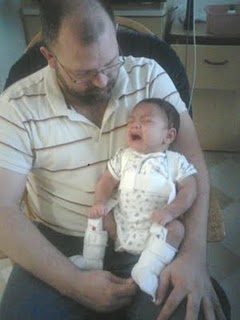 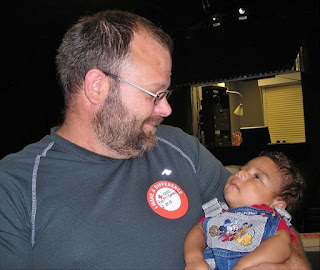 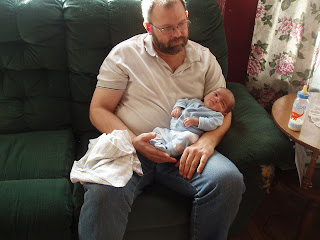 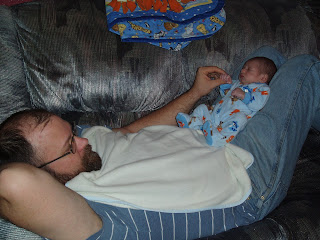 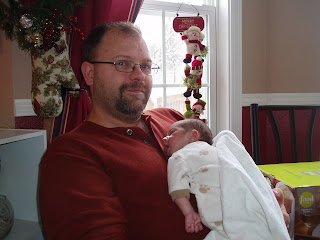 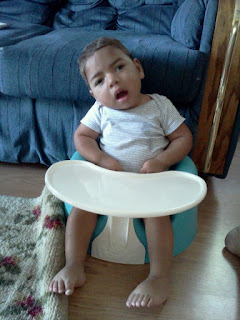 As many of you know, Levi has always been small for his age.  I was never too concerned, considering all the time he spent in the hospital, and my daughter Miranda was always tiny as well.  A month before starting the diet his formula was switched to Nutren Jr in the hopes that he would gain some weight.  It helped a little, but Levi was still weighing in the 17 pound range, and had been stuck there for months.  Tomorrow marks 4 weeks since we started the ketogenic diet.  His weight was just under 18 pounds at that time.  We are supposed to weigh him weekly to be sure he is gaining enough, but not too much.  Well, over this past week he has gained 1.4 pounds!  In one week!!  I'm thinking that his calorie allotment will most likely be reduced.  Patrick and I had noticed that it seemed when he didn't eat all his food, or when he threw up, the number of seizures went down.  We discussed a calorie reduction with the dietitian at the time, but it was decided to wait and be sure that he was growing at a healthy pace before making any changes.  I could be wrong, but I'm pretty sure that he's gaining way too fast!  On this diet, the right balance of calories/ratio is very important, and sometimes just a small change can make all the difference.  If you could please pray for a calorie reduction that would be the diet tweak we need to END the seizures, we would be so grateful! Levi has come so far already, I really believe if he were seizure free he would start catching up on the development he's been behind on.  I'm SO ready to see him crawl, walk, run, and LAUGH!!!  Thanks to all our faithful followers and Levi lovers!! 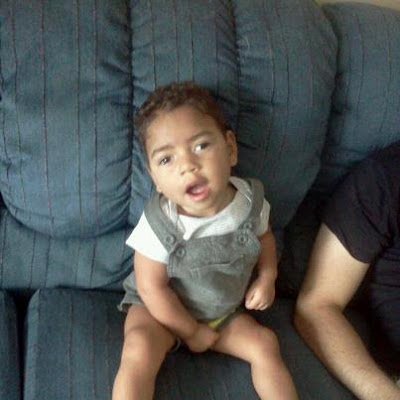