Tuesday we went to the ENT clinic for breathing issues, but when they sprayed a decongestant/numbing solution in his nose he immediately filled with phlegm, couldn't breathe, and his oxygen saturation dropped drastically, so they put him on oxygen and took him to the ER.  A chest x-ray was normal, he received a breathing treatment, and we were told to return to the ENT clinic the next day.

Wednesday morning Levi woke up screaming.  I was shocked to find that his diaper was completely full of stool.  I didn't think this could happen with a colostomy. He threw up just after I changed him, and the vomit contained "coffee grounds", which is old blood.  He hasn't done this since the colostomy was placed two months ago.  So off we went to the ER.  The vomit tested positive for blood.  An x-ray of his belly was normal.  The surgery team said that having a bowel movement was not uncommon because they don't cleanse the colon when they perform the colostomy.  The stool was leftover from before the surgery.  The bloody vomit may have been caused by reflux, but he's on Nexium, so it's doubtful.  It may just be a virus.

In the ENT clinic, the doctor put a scope down his nose.  He said the adenoids and tonsils are slightly larger than normal, but not enough that he thought it would cause problems.  He prescribed two nasal sprays, one containing steroids, and will schedule him for a sleep study within the next week, I think to rule out sleep apnea.  Again, hopefully this was all just caused by a virus.  The nasal spray immediately made a difference in his breathing, and he was much more comfortable.  He's still gaggy, but I'm hoping he feels better today.  Thank you to everyone who has been praying for him!
Posted by Lynn at 2:57 AM No comments:

Yesterday was a wonderful, activity packed day!  In the morning Patrick, Levi and I went to yard sales with Misty, Raven, and Kylynne.  This is one of my favorite things to do.  The weather was perfect, and even though we didn't pick up any amazing deals, we had a great time!

We spent a lovely afternoon and evening with Misty and Mom at the Bluegrass Festival to benefit the Senior Services Plus Meals on Wheels program.  It was supposed to be held down at the amphitheater on the riverfront, but of course with the flooding that was impossible, so it was held in the Mall parking lot.  The weather continued to be beautiful!  After a long nap, Levi was happy too.  He enjoys being outside and loves music, so the combination was terrific for him.  Marty Raybon (from the country music group Shenendoah) spoke to Levi from stage, calling him "sugar britches".  The Harman family always puts on an amazing show, and last night was no different.  They were definitely in top form, even though their dad just had a heart attack and couldn't perform with them.  He's in the hospital awaiting, I believe, more testing and a surgery.  Please join us in praying for complete healing for Mike Harman!

Here are a few pics of the day. 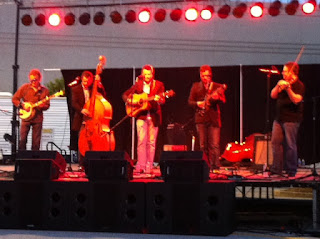 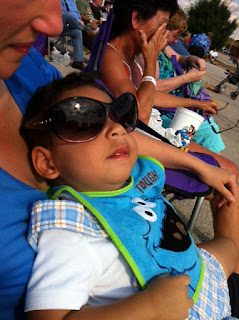 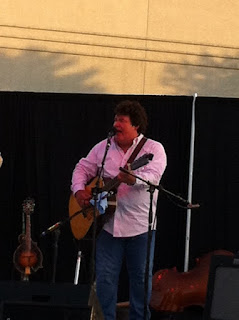 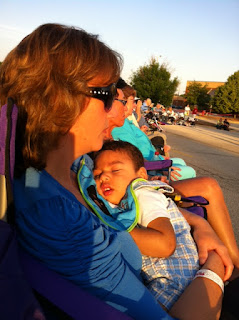 Today was Levi's first dose of Neurontin.  He is on 300 mg in the morning for five days, then 300 mg twice a day thereafter.  Almost immediately he fell asleep.  He woke up about an hour later, and I was able to give him a tub bath, change his colostomy bag, and get him dressed without the slightest fussing.  Usually he screams at the top of his lungs the entire time.  We've just finished, and he's sleeping again.  I'm glad he's so relaxed and feeling good, but I do hope this extreme sedative effect goes away once he gets used to it.  Here are a few pics I took after his bath. 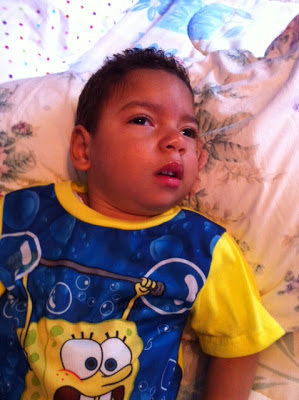 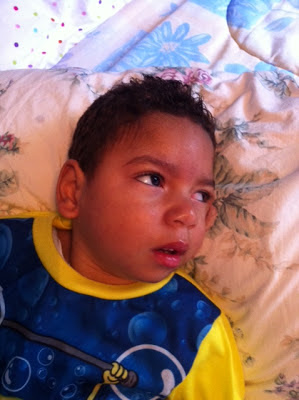 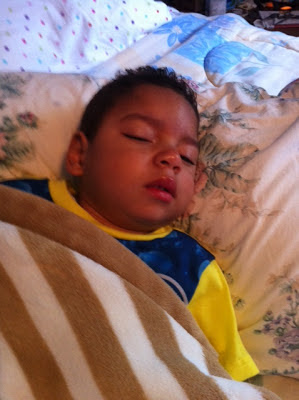 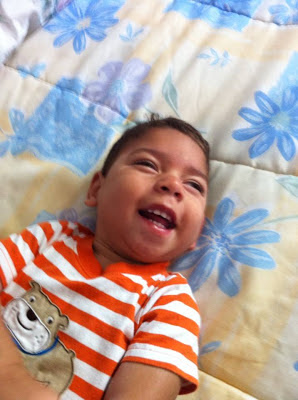