The last few weeks have definitely been a roller coaster.  Some days Levi eats well, some days he doesn't.  The seizures have climbed back up to pre-diet numbers, but yesterday and so far today have not been so bad.  He was really hating the Gerber turkey and beef, so the dietitian gave me access to the ketocalculator, which is a program loaded with ketogenic-friendly ingredients and recipes that automatically calculates the ratio and calories.  What a relief!  I've developed several meals that I think he will enjoy, and just spent the entire morning cooking keto meals for him.  I picked up a Baby Bullet pureeing system because he still can't eat foods that are too chunky.  That thing works wonderfully!  I made a chicken and veggie soup and the Baby Bullet ground it right up into a small textured meal that he can handle.  I also made him a chicken stir fry meal and refried beans mixed with cheddar cheese, with a whipped cream and jello parfait.  He hasn't eaten any of it, so I have yet to see how he likes it, but I have high hopes.

Levi loves the pool!  He kicks his legs and grins each time we take him out.  Memorial Day we had a terrific time with family.  Patrick barbecued and we had lots of yummy side dishes and poolside fun.

Now that we're three weeks into the diet and I have the control of designing meals for him, it finally feels like we are getting more comfortable with it.  We will be gone all day Saturday, which will be a true test.  We'll have to pack meals for him and fit that into our day.  I'm a bit nervous but I'm sure it will go well.  Here are some of the meals I made today. 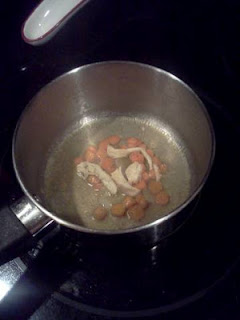 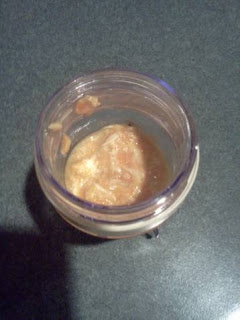 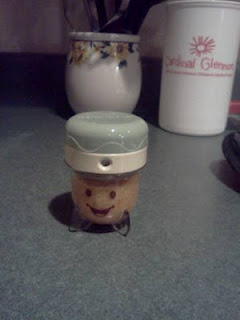 So Far So Good

Levi is still doing well on the diet.  He doesn't seem to like the food, but he does tolerate it and is eating everything at each meal now.  The seizures have gone up some, but are still slightly less than when we started the diet.  He is still so much more alert than he used to be, and happy!  He smiles all the time.  His head control has grown by leaps and bounds!  He gives us kissed, moves his arms and kicks his legs, plays and looks at the toys on his gym, successfully gets his hand to his mouth to chew or suck on, and more!  We have noticed that he is maneuvering the trunk of the elephant on his gym into his mouth.  It's too cute!  Although he doesn't yet grasp toys, he does touch them repeatedly.  We have been on the ketogenic diet for only two weeks, and I'm amazed at the strides he's making developmentally.  I'm excited to see where he'll go from here! 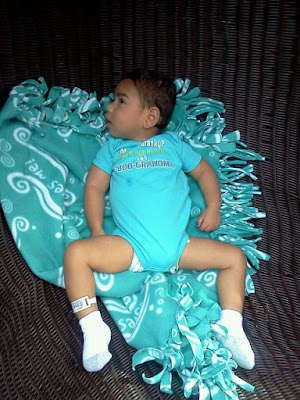 Sorry I haven't updated sooner, I have been busy!  We were able to go home on Wednesday, which was day 3, as planned.  Levi's blood sugar remained stable the entire time, his ketones were steady, and all was good.  I've been busy making formula and meal recipes, which are very simple since he's still so little.  Thursday night he was running a fever of 101.1 and just as I was about to feed him he threw up.  I didn't know if he had caught a virus, if the many seizures were causing the fever, if he just gagged on the medicine/water combo, or what was going on.  I stayed up with him most of the night to be sure he was alright.  The next morning he was bright eyed and chipper and has not had any issues since.

When we left the hospital his daily meal plan consisted of four meals: a 5 ounce ketocal bottle twice a day, scrambled eggs/applesauce/heavy cream for breakfast, and Gerber turkey/canned green beans/heavy cream for dinner.  He has let us know in no uncertain terms that he does not like scrambled eggs, so we replaced it with Gerber beef, and he didn't like the texture of canned green beans, so he now has Gerber green beans.  I think that will work out better.

I have to say the actual diet is very much easier than I had anticipated.  I just weigh out everything and feed him.  The extremely difficult part is getting him to eat it.  Most kiddos are hungry and want to eat.  Not Levi.  He is better since we've decreased Topamax so much (4 pills a day down from 12!) but he's just not as hungry as I would like him to be.  When he wants to eat he does a great job, but when he doesn't want to it's all I can do to get the food down him.  Talk about stressful!  BUT we are only on day 6 and we've already seen a huge difference in many areas: he's so much more alert, his eyes are wide open and bright, he doesn't have much of the rapid eye movement anymore, he's more active, kicking his legs and moving his arms.  Whatever we have to go through is worth it to see the positive changes we've seen so far.  The seizures are lessening as well, in duration as well as in number.

So please keep Levi in your prayers!  Things are going very well, but he still has a ways to go to reach seizure freedom.
Posted by Lynn at 1:01 PM No comments:

The day started well today.  Levi slept comfy all night, and I was so tired I actually slept good as well.  The morning bottle went down fine; we changed his clothes and headed out onto the playground for some sunshine and fresh air.  Levi loved it!  We relaxed on a bench and after a while he fell asleep.  When we came back to his room he slept for 2 hours.  Poor little guy was all tuckered out.  The dietitian came to see us shortly after we returned.  This meeting was very clarifying for me!  I thought Levi's meal plan of four meals a day included four bottles and 2 solid food meals.  I was wrong.  He does not get a bottle of ketocal with the solid food.  Suddenly everything made sense!  I swear I could feel the tension in my shoulders begin to melt away.  So the plan is for Levi to have a breakfast of scrambled eggs, applesauce, and cream at 8, ketocal bottle at noon, dinner of Gerber turkey, real green beans, and cream at 4, and a ketocal bottle at 8, supplementing with flavored water in between.  I like this plan very much for a few reasons: 1) He takes solid food better than liquid right now, and I don't have to spend all day trying to force feed him formula; 2) He used to get supper at 6ish, which made it difficult to go out during the evening.  Now we will be free to actually take him out if the mood so strikes; 3) The meds will be much easier to give than they were before.

Every morning and evening I used to measure out several liquid medications, putting them in an ounce or two of formula, fix his bottle, fix solid food, and proceed to feed him as much as possible.  Most often he took the meds no problem, but there were times that he was super stubborn and it would take a long time.  Now we will be giving 2 of his meds on a spoonful of sugarfree jello, and the rest will be dissolved into 2 mls or so of water and given by syringe.  Of course he doesn't like the taste, but he takes it like a champ, and it's all so much EASIER!  All this time I thought the diet would be so difficult to administer, but I'm finding that it will make my life better.  I like that!

The seizures have been very high.  Yesterday the count was around 178, and today 193.  This is not a sign that the diet will not work.  Many children go through this in the beginning because of all the changes going on at once.

Today he did a wonderful job of eating his very first ketogenic meal.  The bottle at 8 was again the most difficult, but he managed to only leave a little under an ounce this time.  His blood sugar has held steady in the 80s to low 90s which is terrific.  Thank God for that!  The urine check this afternoon revealed his has attained a state of ketosis!  Everything is going very well.  We should be home tomorrow!

Below are a couple pics of Levi in the swing at the playground. 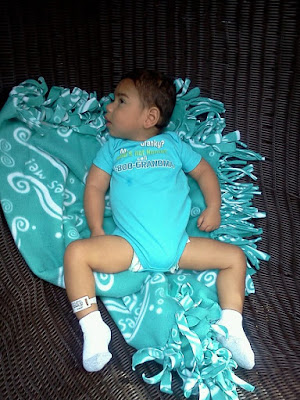 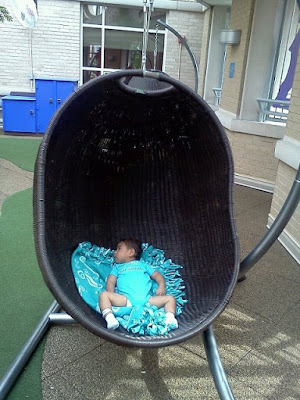 We arrived at the hospital at 8 am and went through the usual admitting.  We got Levi settled into a room, and were thrilled that he didn't need to be hooked up to monitors.  That meant we could take him to the cafeteria to eat with us, or go for walks, or what have you.  Definitely nice to have other options besides being stuck in one room!  I met with the dietitian, Jamie, and went over the meal plan.  Levi was to drink 3 five ounce bottles of ketocal today, with no solid food.  I learned how to test his urine with keto strips.  They took his blood sugar level to get a baseline, which was a finger stick, but he barely whimpered.  Such a good boy!  We met with the neurology team and discussed medications.  Since sugars are strictly limited on the diet, we had to switch four of his six meds to pill form, and in some cases the dosages had to be changed slightly.

Levi had his first bottle of ketocal at noon.  I have to admit I was nervous.  First, he doesn't typically eat much at lunchtime, and I didn't know how he would respond to a new formula.  He did amazing!  Either he liked it better than Nutren Jr, or he didn't really notice a difference.  He got through his usual three ounces and started to stall out.  He was making sucking motions but not drinking.  Remembering the early days when he was a newborn and the OT had to use a lot of chin and cheek support, I squeezed his little cheeks slightly, and lo and behold, he was drinking again!  What a relief!  He finished every drop of that bottle, and the four o clock bottle.  The eight o clock bottle was a completely different story.  The meds started trickling in from the pharmacy (once we got them all straightened out), but of course they were pills, and we had no food to sprinkle them on.  SO the nurses put them in a bit of water and squirted them in his mouth with a syringe.  I have to say, he did better than I would have!  Except for gagging once, he took all of them.  However, he just couldn't make it all the way through the eight o clock bottle.  He has never liked taking food late in the evening, and he was getting tired.  He did drink half of it.  By the time 10:00 rolled around we were both exhausted.  So I will speak with Jamie in the morning and see what she wants to do about it.  My guess is we will leave the meal plan as it is and see how he does tomorrow night.  Maybe he just has to get used to it.