This last week has been a busy one for us!  My youngest sister Casey just moved back to the area (YAY!) and we had three of her six children last weekend while they moved.  It was awesome!  We had Faith, 7; Allie, 6; and Titus (aka Cheetoh), 1.  We went for walks, played Zumba on the Wii, and had a great time.  It was a lot of activity for Levi, but he did seem to enjoy himself.  Titus kept talking to him.  I think it's so good for him to be around a baby close to his own age.  He can learn so much from Titus!

The first part of the week Levi was floppy and listless.  On Tuesday he ran a fever and had a strange wheezy, labored breathing pattern, so off we went to the Cardinal Glennon ER.  We left the house around 8:30 and didn't get home until 4am!  As usual, they did a CT scan and x-rays to be sure that his shunt was working well, which it is, thank God!  He had an IV for fluids, and we were sent home.  I was concerned that the labored breathing was due to the increase in Clobazam last week, but fortunately that was not the case, and it was only a virus.

Thursday we had our first appointment with the dietitian in the hopes that she could give us new ideas for increasing his caloric intake.  He's growing taller just fine, and he looks more pudgy, but for some reason he is stuck at 17 pounds.  So the dietitian, Barbara, switched his formula to Nutren Jr. or Pediasure Peptide, both vanilla flavored.  These each have a higher calorie content than Nutramigen.  She sent us home with samples and told us to call next week and let her know which works the best.  We started with Nutren Jr., which he took readily at first, but now not so much.  It's just like when we tried to switch him to milk, and he ate less and less until we gave in and put him back on formula.  It has been challenging, to say the least.  Last night he flat refused to drink any more after he downed the bottle with meds (less than an ounce), and wouldn't take pedialyte either.  So I spent an hour dropping pedialyte into his mouth with a straw until it was gone.  Boy was he mad!!!  I wasn't too thrilled, either. lol

Barbara wants Levi to eat more table foods, so we will be blending up our meals for him.  I switched him from Gerber yogurt to Yoplait, which he is thoroughly enjoying.  He is eating his solids very well, thank God!  We just have to get him past this hump with the new formula, and all will be well.

As far as seizures go, we have seen some great improvements!  He is down to about 40 a day now, and they seem to come in groups.  Thursday he was actually seizure free for about 5 hours, and yesterday for about 3 hours!  I will be contacting the neurologists on Monday to see if we can/should go up on Clobazam again.  We have an appointment with them on the 18th, but this is not something I want to put off!  Hopefully we have room in increase and he will become seizure free for good!!!

He's been much more awake lately, too!  The fast movement/shaking of his eyes is greatly improved as well.  He seems able to focus much more, and has been so happy!  His toothy grins are just priceless!

That about brings us up to speed.  We look forward to having a wonderful Easter tomorrow, made that much sweeter because last year we spent Easter in the hospital.  We hope you all have a Happy Easter!  Don't forget to thank Jesus for giving his own life for each one of us!! 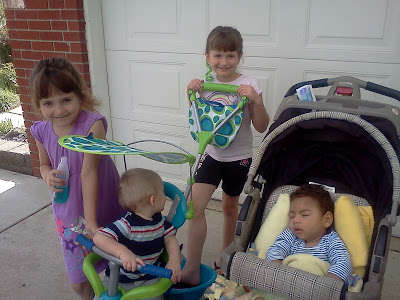 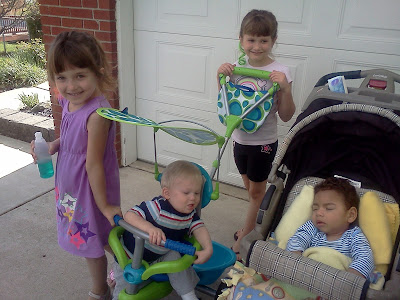 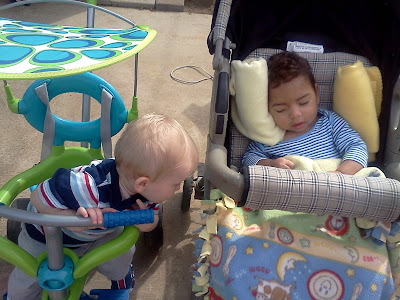 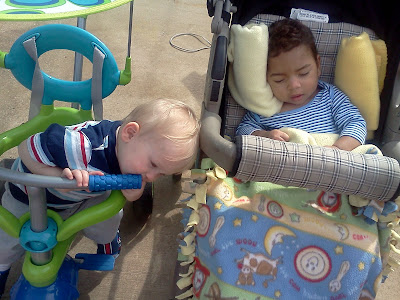 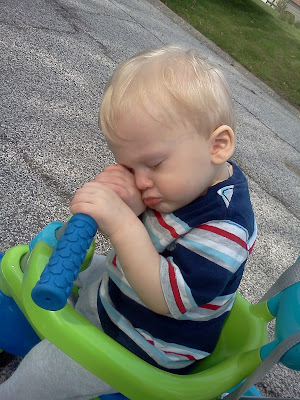 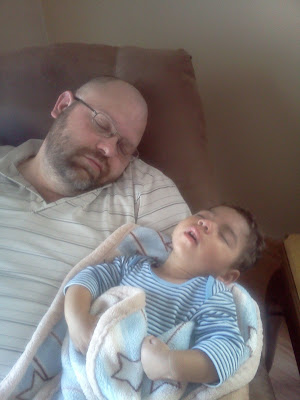 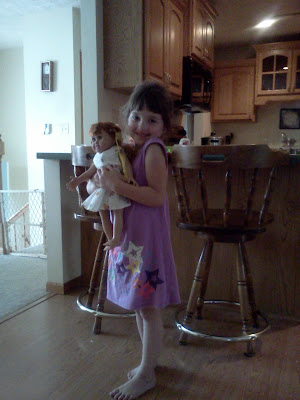