Well Levi is still having seizures so we came to the hospital for a video eeg which showed that he is having a new type of seizure.  He was having focal seizures, now he is having spasm seizures, which are more difficult to treat.  Phenobarbital is not an effective med for this type,  Keppra is but he has reached the max amount he can take.  So we are starting Topamax today and may need to begin a newer more aggressive med soon.

He also still has a rash over his whole body.  Not sure where this came from.  We did a strep test because the rash and seizures began at the same time that Tommy had Strep, but the initial test is negative.  Calling in infectious diseases doctor to look at rash.  That's all we know right now. 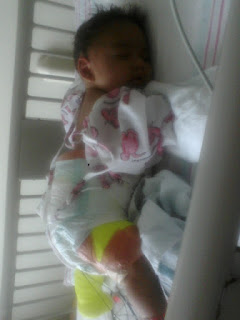 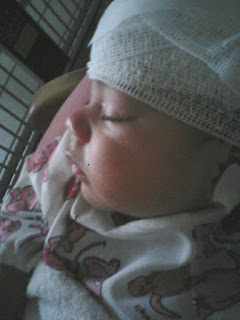